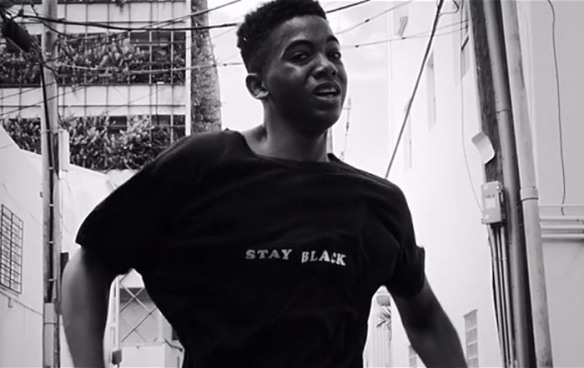 I’ve been listening and talking about Jay-Z’s latest album 4:44 for a few days now and with so many thoughts swirling in my head I was unsure where to begin in expressing my views on the album and its subject matter.  I am a lot of things but most important to me is who I am in the eyes of God and that is a minister of the gospel of Jesus Christ.  I then figured why not begin where Jay begins with the first track of the album, “Kill Jay-Z.”   “Lyrics and Scriptures” is an approach to developing and enhancing one’s “spiritual media literacy” through the analysis, evaluation and subsequent discussions where lyrics from songs are aligned with scriptures from the bible based on themes and or direct quotes.

You can find the lyrics and explanations for “Kill Jay-Z” here https://genius.com/12250494

The simple premise of the song is a reflection on the war that takes place within us as we go through and begin to have shift in perspectives and values.  Here are five scriptures that come to mind when listening to “Kill Jay-Z” along with the lyrics from the song that align with the scripture that can be meditated upon as you go through your own war of growing up and becoming more aware of what is important and lasting in your life.

“Cry Jay-Z we know the pain is real. But you can’t heal what you never reveal”

“But this f&^% everybody attitude ain’t natural. But you ain’t a saint this isn’t kumbaye”

“Let go your ego over your right shoulder. Your left is sayin’, “Finish your breakfast”

“But you gotta do better boy, you owe it to Blue”

“What up Jay-Z? You know you owe the truth to all the youth that fell in love with Jay-Z”

Be on the lookout for more writings based on “4:44” and other works by Timothy Jones.  If you would like more information about “Lyrics and Scriptures” and or “HipHopEd” please contact Timothy Jones on Twitter @tdj6899 or via email at timothydaivdjones@gmail.com 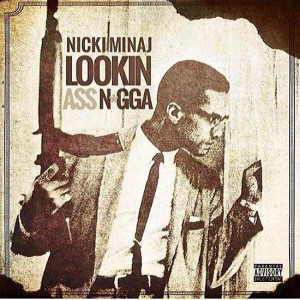 We exist in a cycle where it can be perceived that men go to extreme lengths to garner respect and admiration from other men but part of the often twisted measurement of manhood is based on the respect and admiration we receive from women.  Even though as men we may do so many things together, at the end of the day it is what women think of us that goes a long way in validating our sense of self esteem and self worth to ourselves when we look in the mirror.  As men we control so many of the images and messages that are sent to women about what constitutes being a real man.  As men it is one level of pressure to rise above the narrow and often dysfunctional portrayals of what makes a man a man that is presented by men, but when this narrow and dysfunctional portrayal is embraced and presented by women it makes this cycle even more dangerous because in the end we as men want the respect and admiration of women.

Nicki Minaj released a song on February 12th called “Lookin A$$ Nigga” (http://youtu.be/vEZ-e6tBigY). In this song Nicki is identifying the men who can only look from the sidelines during the game of life because they are lacking what is necessary to play in the game.  This includes what it would take to get with Nicki Minaj sexually which is the ultimate determining factor in measuring real niggas versus looking a$$ niggas in the minds of men.  Mobb Deep made the Hip-Hop classic “Shook Ones” http://youtu.be/yoYZf-lBF_U where the hook states “You shook ain’t no such thing as half way crooks, scared to death scared to look, you shook.”  “Shook Ones” can be looked at as a song that also presents paradigms of manhood that is accepted and respected in hood and those that aren’t.  One difference is that in ‘Shook Ones” the measurements of manhood doesn’t include the admiration and respect of women as a qualifier.

Another interesting aspect to “Lookin A$$ Nigga” is the shift in the tone of how Nicki Minaj is classifying and addressing men as Niggas from her song “N.I.G.G.A.S” http://youtu.be/DHtu7ghUCVY  In N.I.G.G.A.S Nicki Minaj is shouting out attributes of men that she admires and even included Martin Luther King Jr. and Malcolm X by desiring to have the chance to thank them for what they started.  The songs are not only linked by the fact that the same artist made both of them, they have the N word in the title, but through Malcolm X.  In “N.I.G.G.A.S” Malcolm X is mentioned with a desire to thank him for what he started.  In “Lookin A$$ Nigga” there is an image of Malcolm holding a rifle looking out the window that was released as possible cover art.

There are several conversations that can and should be had based on an analysis of Nicki Minaj’s latest song:

1.       The impact of perceptions of the hierarchy of manhood amongst men and women

2.       The pattern of dysfunctional relationships that often result from women getting together with the types of men that are described in “Lookin A$$ Nigga” as being the real men or according to the song “niggas.”  You can begin this discussion with Destiny Child’s song “Soldier” http://youtu.be/qFJ3VKnwmJw

5.       A gender based discussion questioning whether the perceived characteristics of beauty and power possessed by Nicki Minaj makes her narrative more accepted and embraced.

For more insightful discussions involving the intersections of Hip-Hop, Culture, Education and Youth check of #HipHopEd on Twitter every Tuesday from 9-10 pm.  Tweet and or search using the hash tag #HipHopEd to participate in the weekly chats.  Follow me on twitter at @tdj6899